San Francisco is a paradise for many tourists. It is home to many activities in places such as the Golden Gate Bridge, tours of Alcatraz and Fisherman’s Wharf. Every year, the city attracts about 15 million tourists. Despite the city’s glory, it also has a dark side in its history including serial killing, kidnapping, terrorism, and fraud. 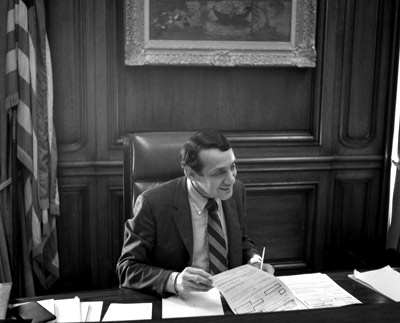 The two assassinations that could not go unnoticed in San Francisco were those of George Muscone and Harvey Milk. These occurred at the city hall over 30 years ago. The story has been produced in theatres across the country. The assassinations were politically motivated at a time when a new class of city supervisors was elected. This was arguably the most diverse team in the history of the city. Two of them, Dan White and Harvey were freshmen with different political views.

Despite this, they developed a friendly working relationship that suddenly turned hostile. Dan White resigned but shortly after petitioned a reinstatement from Mayor George Muscone. Harvey, however, warned Muscone that the reinstatement would bring political implications in the next elections. As a result, White’s appeal was rejected. In November 1978, White shot Muscone and Harvey and later confessed to the crime.

One notable kidnapping that happened in San Francisco was that of Patty Hearst that took place in 1974 at Hibernia bank. The kidnapping was done by a group known as Symbionese Liberation Army (SLA). The kidnappers reached out to her wealthy family to demand that the family donates food worth millions of dollars to the poor in the city.  Despite the family complying, the kidnappers refused to return Patty but moved her to another apartment instead. She was held for a month after which she shocked the world when she took part in a bank robbery alongside other members of SLA. She holds that she was brainwashed by her captors to commit the robbery.

Imperial Palace restaurant (previously called Golden Dragon) became the host to one of the most tragic evenings in San Francisco. Organized crimes involving two rival gangs had emerged and were controlling the black market in Chinatown. These were the Wah Ching and Joe Boys gangs. That night, the Joe Boys felt they had an opportunity to eliminate the leader of Wah Ching at the Golden Dragon. During the ambush, 5 people were murdered, and 11 others injured but no member of the gang was harmed. The restaurant still bears those scars to date. As a result of the massacre, the Asian Gang task force in the San Francisco police department was formed.

San Francisco is mainly known for being a unique city with many unique attributes. So this article, in general does not describe the city for the most part, its just something not talked about often. If you want to read some more upbeat stuff about the city, check out our article on entertainment in the city. It will give you some ideas of things to see next time you’re here.